The incredible power of the best dressed celebrity of the Week

When a celebrity nails out his or her own style, it just becomes something that we can never get enough of. Do you have an idea of the Celebrity that made people’s heads turn back to stare this week? A celebrity who dresses a style game in the city of light really inspires every lover of fashion. Kate Middleton emerged out of the radar since the mid-2000s and her styles have really obsessed many. Her influential contribution to the fashion trends of women has had a great impact in fashion. This celebrity is an art specialist who studied at the University of St Andrews, History. She also studied art for one year in Florence, Italy.
The white flow Length self portrait Gown 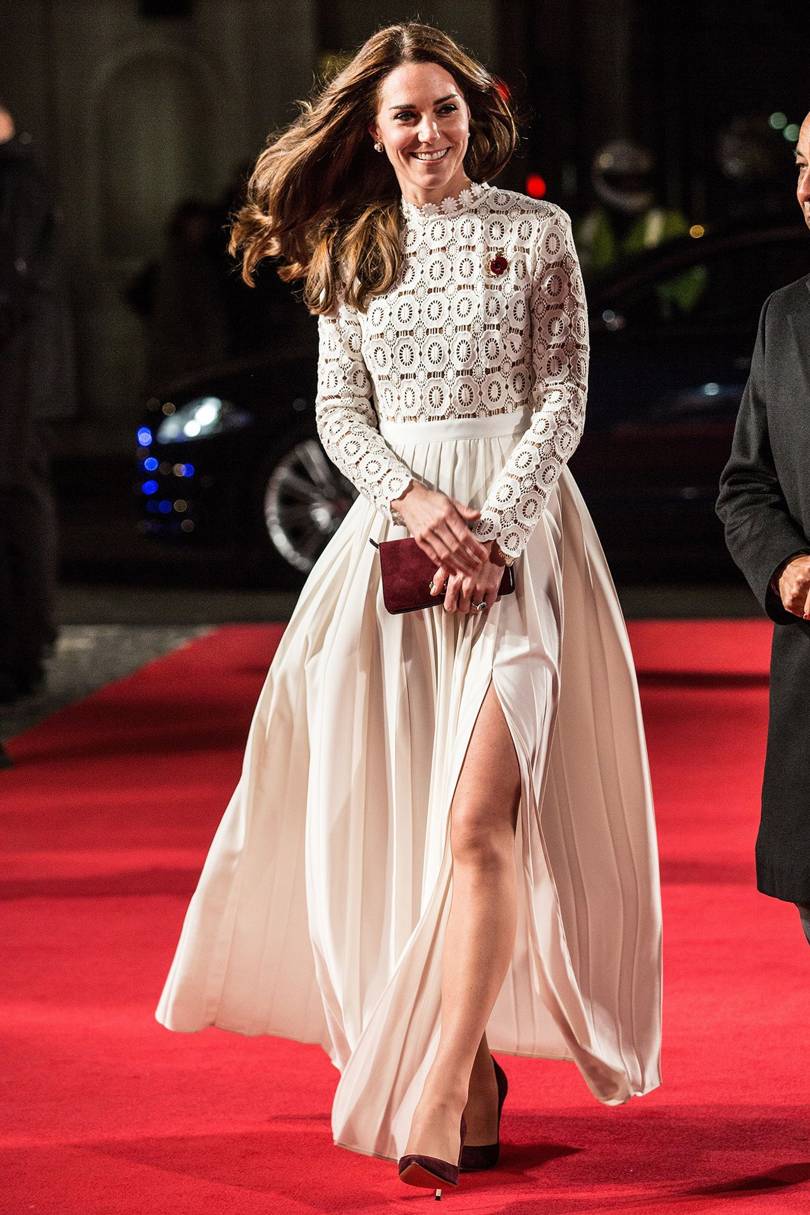 Kate Middleton’s glowing outfits in the different occasions she attended caught up the world’s attention. This particular gown is so stunning that it impressed many who had a chance to look at it. It was won at an occasion called the London Premiere in a street named Bob. The price of this dress is 320 pounds, which is believed to sell more in the coming days.
It is so amazing to have in mind the fact that the Duchess have emerged as the bastion of the British style. Kate is known to wear Zara as her high streets brands which are among her favourites. As the unofficial diplomat of high street brand Reiss, whatever she puts on turns out to sell out within one day out of the emerging photos.

On the occasion of the World Mental Health day, Kate Middleton dressed on a Chiffon dress having a pussy bow neckline that really made her glow. She had gone to meet people who had suffered mental health constraints and chose to wear a stylish dress. This dress is believed to be 428 pounds. Her signature dude heels blended perfectly with this dress.

Kate Middleton breaks the record of being the celebrity of the week because of the great love of accessories. She is specifically in love with fascinators and hats and has about 40 of them.
She wears a variety of colours in her outfits but she is known to be in love with white. It is her favourite colour which she keeps close to her heart. She claims she doesn’t have a colour she loves more than others but if she was to decide she would choose white.
Apart from her love of fashion and latest trends, Kate Middleton also loves taking photos. She used to take pictures before she got married mostly being her parents ‘mail order company party pieces.

The above photos were taken in a Mix Christmas party in London from Vanessa Seward. It has a waist-cinching belt and black pumps that increase the beauty of the gorgeous floral print. She is able to put a fashion brand that can be admired by many and gain market moments after being seen in public with her outfit. One day at a charity event she wore a Seraphine coat which was pale blue in colour and it later sold a few hours after she was seen with it. Even in her pregnancy, Kate maintained her elegant styles will couldn’t stop being admired by many.

Ruby is a fashion blogger for magazines and occasionally for different blogs. She likes to travel, UK and France are two of her favorite places to go. Her lifestyle is clean, she is a gymaholic, she loves to keep herself healthy and work out. She enjoys every fashion and social event and tries not to miss them. https://www.quora.com/profile/Ruby-Lindan

← Previous Story Sail into 2017 with Smooth Skin
Next Story → What is a Fashion Troll?